‘The Flash’ returns, but will Barry’s daughter fix problems she caused?

By Maggie Memoli, Our Town Editor 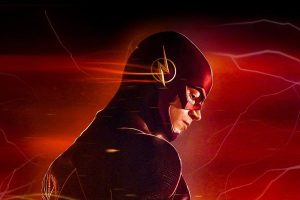 Courtesy Warner Bros.
“The Flash” season five is coming to your TV.  Previously on “The Flash,” Barry’s daughter from the future, Nora, helps save Central City from the Thinker (DeVoe) but made a mistake.

“I think Nora will have to fix Flashpoint 2.0,” said Darcy Clarke, who is a fan. She said that’s what it’s called when Nora interferes with the timeline. Darcy said Nora is going to make changes and new meta-humans—people with powers—are going to arrive.

Will Russello, fifth grade said, “I think he meets the Justice League. They covered a lot. I think the Flash is my favorite character.”