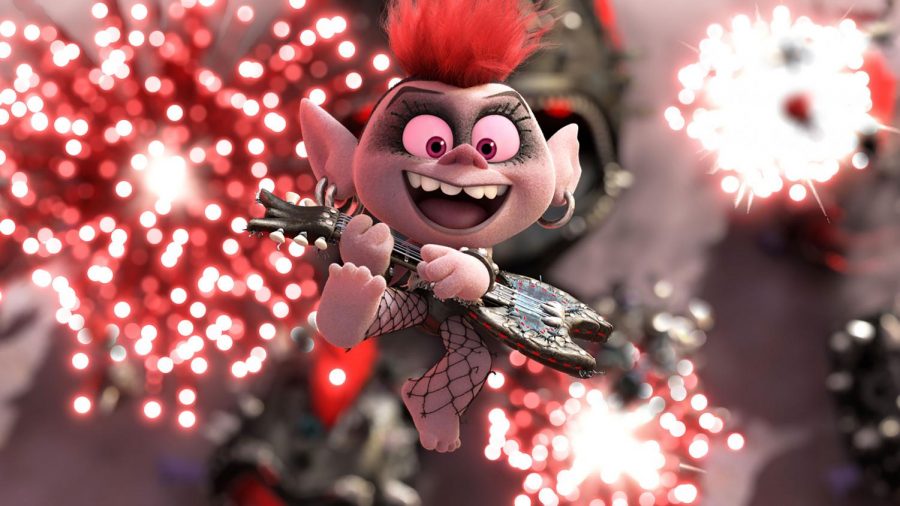 In “Trolls World Tour,” Poppy and Branch find out that there are six tribes of trolls, each following a different type of music: Funk, country, techno, classical, pop and rock.

“I like the idea of the evil trolls,” said Daniel Maron. “I think that the evil troll girl is like Poppy’s twin evil sister. I also liked the disguises that they use to sneak in the rock tribe’s home.”

When the leaders of the rock tribe set out to destroy every other tribe and their music, Poppy and Branch have to save all the tribes. They work to unite the tribes against the rock tribe.

The rock tribe thinks that they are supreme to all other music. So the king and his daughter set out to destroy all the other tribes.