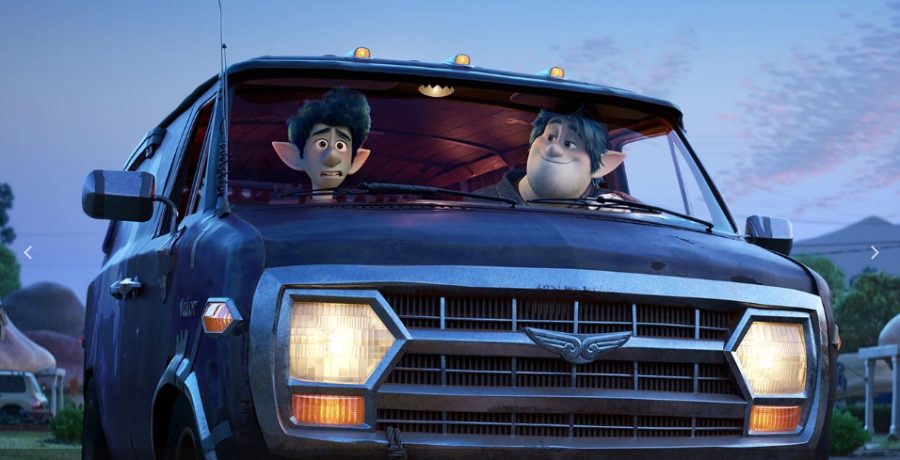 The movie “Onward” is about two elf brothers named Ian and Barley. They go on an adventure to be able to see their dad.

When they were little, their dad died in the hospital. Before he died, he told his wife to give something to his children when they were a little older than fifteen. Mom decides to give them the present on Ian’s 15th birthday. The present is a magical spell that takes Ian and Barley places they have never seen before, all to see their dad for 24 hours.

“I liked the movie because it had some cool magic in it and because the two brothers went on an adventure to see their dad,” said Andrew Horan (3M). He also said (spoiler alert), “The funny part was that their dad only had legs in the beginning.”

“I liked how Disney Pixar incorporates magic and mystery into the movie ‘Onward,'” said Cathleen Ginsburg (5S). “The quest is fun and leaves you hanging on the edge of your seat.”

This new movie brings magic and hope to the whole family. Remember to bring your tissues.