Bonjour! You don’t need to go to France, just go to Quebec City 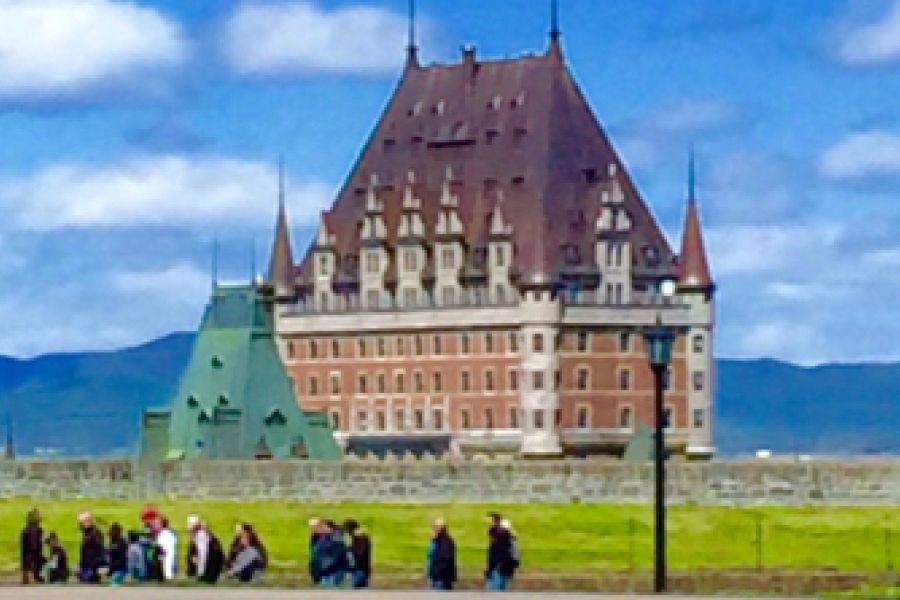 QUEBEC CITY, CANADA — Over Memorial Day weekend, I took a trip to a different country. I visited Quebec City, Canada, and learned so many things as I went along.

Quebec City was founded by Samuel de Champlain, a familiar name from many fourth-grade textbooks. He was the first European to explore, describe and map the Great Lakes and to establish the French settlement in North America now known as Quebec City.

Old Quebec city has a European feel. We stayed in the Hotel Fairmont Chateau Frontenac, the most photographed hotel in the world and one of the major attractions of the city. I loved the castle-like feel of the hotel.

Near to the hotel there were other historic sites, including the Citadelle of Quebec and the Plains of Abraham. We took a guided tour of the Citadelle, and the guide told us many facts we didn’t know. For example, we learned the Citadelle was one of the few fortifications in the world recognized as a World Heritage Site by UNESCO. I found it quite interesting that as part of the fortification, the rooftop of the Citadelle was made of grass so that from faraway it looks like it’s just a hill. Many cannons and tanks were exhibited there. They still fire the cannons everyday at 12 noon, and that is hoped to be carried on as a tradition. The Governor General of Canada even stays there a few months every year.

The Citadelle isn’t Quebec’s only wonder. I also visited a church recognized for its unique architecture called the Cathedral-Basilica of Notre-Dame de Québec and enjoyed listening to the Sunday choir.

Most of the streets near the hotel were cobblestoned, giving an even more of an European feel. They were lined with cafés, bistros and souvenir shops. We enjoyed the French meals. Since French is the main language of the city, everyone was communicating in it. I learned many French words like sortie (exit), merci (thank you), fille (girl), moi (me). This trip, in fact, inspired me to learn French. Now it’s time to say au revoir!