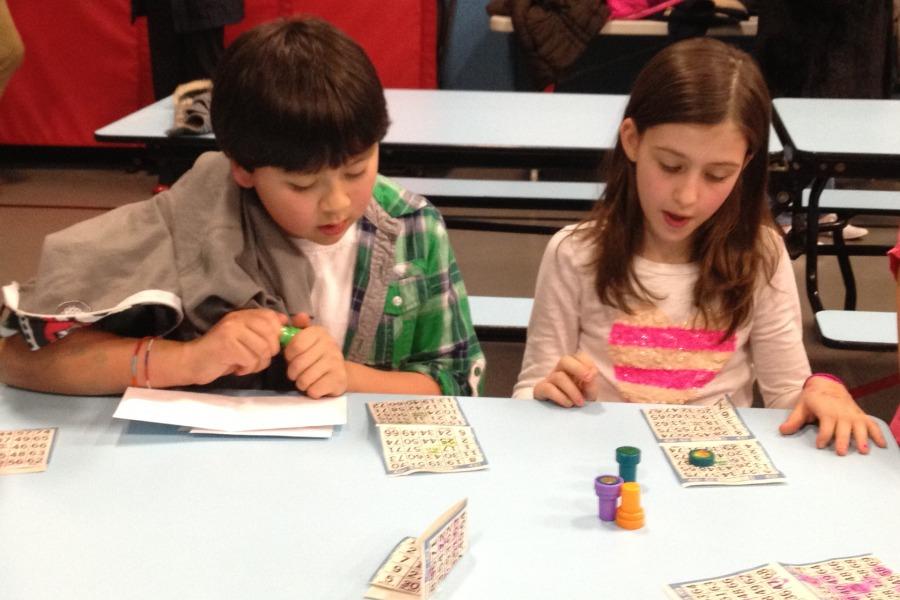 COLONIAL GYM —  Kids and their parents filed into the Colonial gym on March 21. As the parents went to a PTA meeting, PTA President Suzann Michailoff organized a Kids’ Bingo Night.

“It was really fun,” said Audrey Leung of class 2G.

There was pizza and drinks, which both the parents and kids (for the second time that day) enjoyed. Kids took turns calling out the letters and numbers, and a couple of people won quite a few times.

If someone got “BINGO!” (five in a row), the prizes were gift cards from Provisions, Pure Bliss, Pelham Pizza and Double Rainbow.

“Everyone who attended Family Bingo Night/PTA Meeting seemed to have a great time,” said Mrs. Michailoff. “The kids enjoyed calling out the numbers as much as winning prizes. Hopefully, parents had a good time catching up with other parents, as well as discussing Colonial events at the PTA meeting. We hope Family Bingo Night becomes an annual favorite.”

The kids really enjoyed Bingo Night. Mrs. Wilson, the principal, is even thinking of letting the kids play bingo for indoor recess.

“Bingo Night was a huge success for Colonial students,” she said. “We definitely have to do it again!”