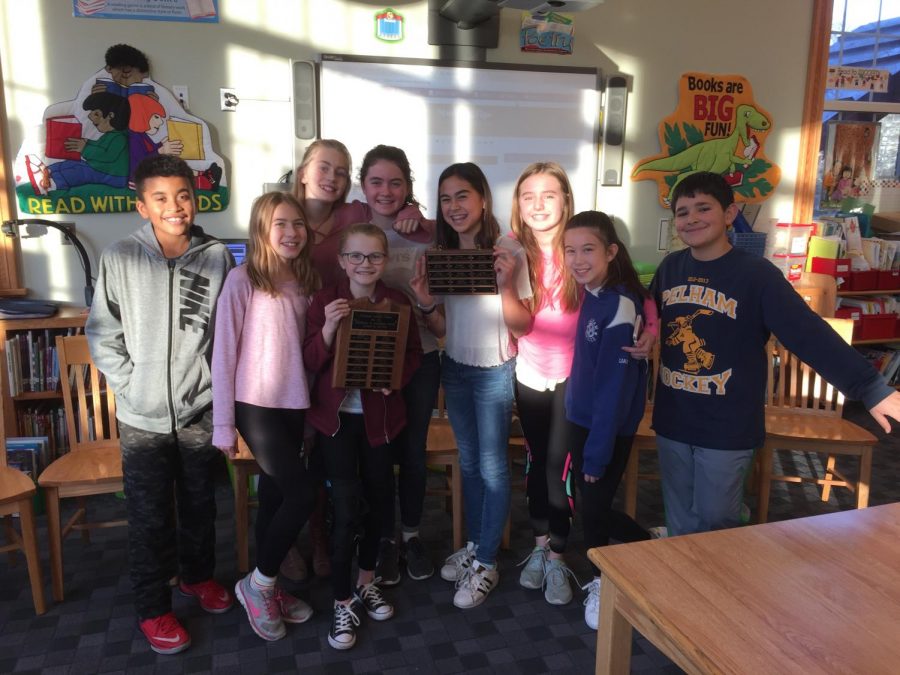 There were a couple of questions about the Colonial Times, while most of the questions were about the sixth graders’ experiences at Pelham Middle School.

“I liked being an editor because your friends always have your back,” said Natalia Cristian.

“Always have your pencil and your notebook” advised Julia Kindig.

There were many comments about sixth grade because the Colonial students—mainly the fifth graders—had many questions about middle school.

“I have gotten lost in the hallways,” said Emily.

When asked which they liked better elementary or middle School, Matthew said, “Elementary school because sixth grade is kind of confusing. There’s parts that are better or worse. The food is not actually good.”

Laura said, “I like middle school better because you have more freedom. You can just walk the halls with your friends. You have more independence.”

“I fell down the stairs once because a high-schooler pushed me down,” said Emily.

There were several tips about how to dodge giant eighth graders. “Eighth graders are scary,” said Emily.

“When you find an open gap squeeze, through it,” Natalia said.

All of the former editors advised the Colonial students to be constantly early.

“If the eighth graders elbow you, elbow them back,” said Laura. “If you get lost, they call you over the loudspeaker.”

One teacher “grabs a ruler and smacks it on the desk and everyone stops,” she said.

The middles school has its own online newspaper, The Pelham Post, available at pelhampostpms.org.

Colonial Times reporters and editors contributing to the reporting of this story.