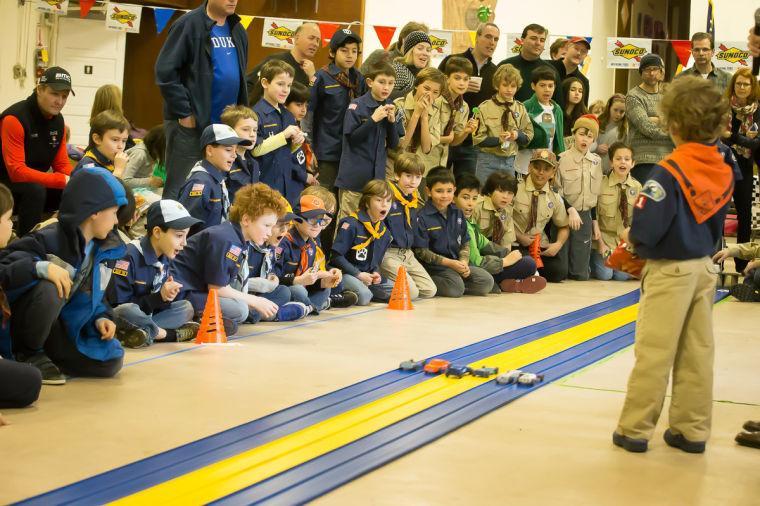 Pelham-  The Cub Scouts is coming together for an event called The Pinewood Derby. All the cub scouts are making wooden cars to race in the competition.  There is the design trophy and a speed trophy. I am making a minion car and hoping to win a trophy. Kyle in 4V says he is making a red car with orange flames. He thinks he is going to win and is excited for the event. Luke in 4G says,”Mine is white with lightning bolts.” He likes his and thinks his is good and he is excited. Mr.Michailoff, former Cub Scout and den leader said,”I did the Pinewood Derby for 3 years.”  He enjoyed the Pinewood Derby and worked hard on his cars. The event has been around since 1953 and it is still a tradition.