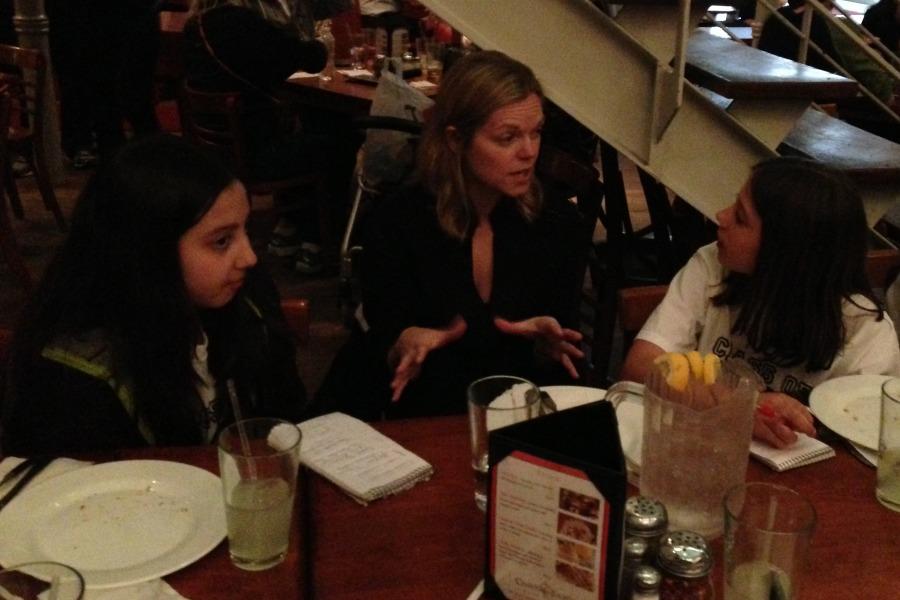 By Charlotte Howard and Anna Shampanier-Bowen

It worked. Some famous people she has met include Donald Trump and Oprah Winfrey. She met Oprah Winfrey at this year’s Oscars.

“Pick a job you love because you have to go there every single day,” she said. “I was most excited to get paid for the job I love. When you get a boring story, you have to make it interesting and fun for you and the readers.”

Ms. Atkinson gave this advice to young reporters: “The necessary quality for a reporter is curiosity.”  That means you need to be inquisitive and ask a lot of questions

Publisher’s note: Editors from the Colonial Times met with five journalists in New York City for a discussion and interviews. This is the second in the “Profiles in Journalism” series resulting from that field trip.