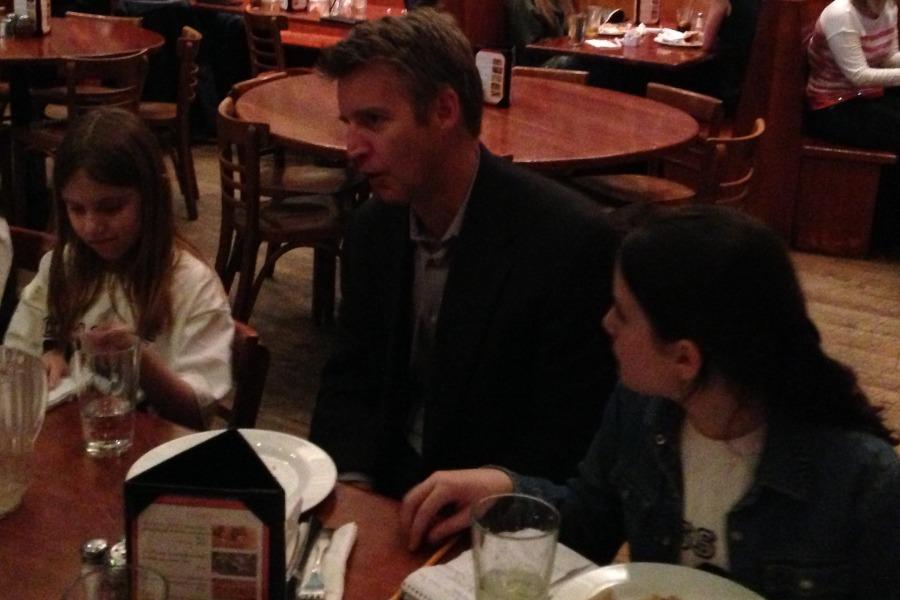 By Ella Deyoung and Callie Leff

NEW YORK — Former Fox and CNN reporter Scott Benjamin told Colonial Times editors that he used “to be a TV producer, and I worked for ABC, CNN and Fox. Right now, I’m a lawyer, so I do legal work.”

“But as a TV producer, I read a lot of newspapers, and I listened to the radio and television for news,” he said during an interview at John’s Pizzeria. “And then the rest of the day we kept an eye on news, and saw how it was changing.”

“The most interesting person I’ve ever interviewed… I don’t know, I would say, maybe Joe Torre,” said Mr. Benjamin. “He was the manager of the Yankees. It was right after they won the World Series.”

As for the most famous person he met, he said he interviewed Jessica Alba.

“I don’t like to do what we call natural disaster stories. Tornadoes, hurricanes, when people have their houses destroyed and lose their homes. I feel bad talking to them when I know they’re not feeling good.”

“I love to read, and I love to take pictures. I love photography,” he said of his other interests. He’s spent “18 years being a TV producer.” He also said, “I travel a little bit. I don’t get to as much because I do a lot of business stuff.”

“The hours are difficult,” he said. “In a day, I did 15 to 30 stories, Of course, they’re shorter then newspaper stories. But they’re still deadlines. You need to learn to write fast.”

Mr. Benjamin has two kids. “My son is seven and my daughter is five.”

Publisher’s note: Editors from the Colonial Times met with five journalists in New York City for a discussion and interviews. This is the third in the “Profiles in Journalism” series resulting from that field trip.