A challenge at the Challenger Center (from June print newspaper) 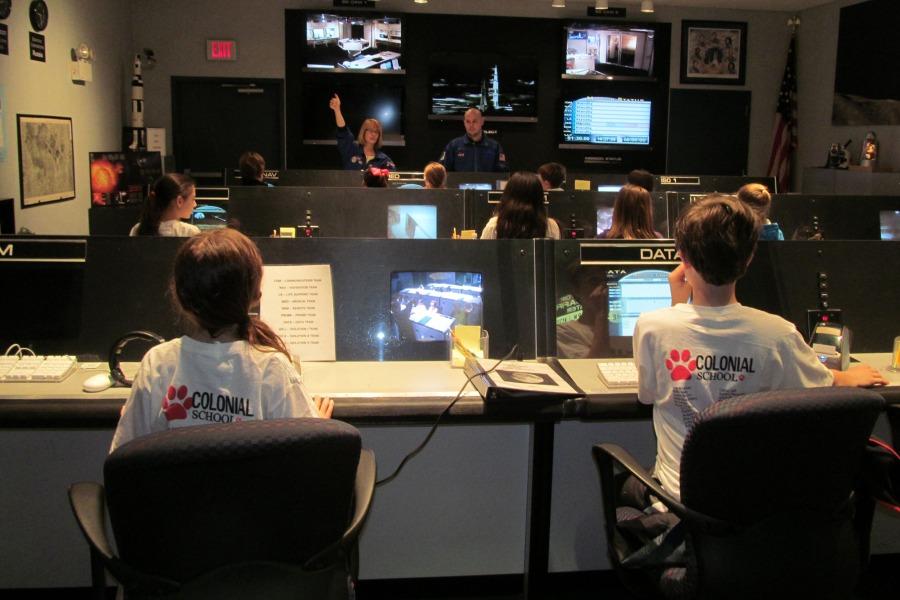 SUFFERN, N.Y. — The fifth graders went to the Challenger Learning Center April 29 and did everything from watching over things at mission control to experiencing simulated time in space.

Since there were two groups, one had lunch and watched the movie “October Sky” while the other group did the simulation.

Most of the people on the trip said it felt like the mission they were simulating was really happening to them. Also, it was a big step for the Colonial students because they learned while having fun. For this reporter, it was like the Ellis Island field trip but with less freedom.

The Challenger Center trip was better than people expected. This is because students thought they would just be sitting and listening to others talk, rather than participating in a simulated mission.

In addition to the facility in Suffern, there are 45 Challenger Learning Centers around the world.

On the field trip, the Colonial kids did jobs that were important to the success of their mission. The jobs included isolation specialist, mission control, space probe technician, navigator, remote, life support, medical, communications and data. Everyone had a job so the mission would go perfectly, and everyone got a chance to do a main part in the mission.

“I thought that this trip was a very educational one, but also a fun one that everyone enjoyed,” said Ms. Piera Hattar, one of the two fifth grade teachers. “I thought it was also interesting to see the kids work together. Most of them really looked like scientists.”

I interviewed some of the students on their thoughts on the visit to the Challenger Center. Most of them had a good perspective and thought that the fourth graders should go next year.

Ani Feinberg (5H) said, “I thought Challenger was fun and exciting, plus Charlie you almost killed us on the mission!”
(Reporter’s note: I did not almost kill everyone. The robot claw broke.)

According to Charlie Moderelli (5H), “I thought that the trip was mostly boring but some of it was fun.”

Nic Shotkoski (5H) said something most people probably thought. “I thought Challenger was fun,” he said. “I also thought that it was entertaining. It turned out to be more realistic than I thought.”

Chris Carey (5H) added to Nic’s point with his own experience. “I thought it was very, very realistic, and I actually felt like I was doing this mission. I had a good time, but wanted to do one of the other missions that they had.”

The Challenger Center website said, “Our unique and proven teaching model — Challenger Learning Centers — gives students the chance to become astronauts and engineers and solve real-world problems as they share the thrill of discovery on missions through the Solar System.”

You can visit the Challenger Center yourself. Just take a trip to Suffern., N.Y. But first visit their website at www.lhvcc.com.

This story appeared in the June print edition of the Colonial Times.